Part of the medical material is intended for Wolfsburg, Germany where the headquarters with the main production plant is located...
August 26, 2020 | 11:05pm CETpublic
Volkswagen Group donates protective face masks

Wolfsburg, March 20, 2020 – The Volkswagen Group will be providing about 200,000 category FFP-2 and FFP-3 protective face masks for public health protection in the near future. The donation is being made in close cooperation with Federal Minister of Health Jens Spahn. The city of Wolfsburg is also to receive further medical material.

Volkswagen HR Board Member Gunnar Kilian says: “Solidarity take priority for Volkswagen. This principle also applies beyond the factory gate. People working in the public health sector are currently performing outstanding services to society. We are convinced that these face masks will be put to the best use by them. The opinion of the Board of Management is unanimous: Volkswagen is pleased to provide unbureaucratic support.“ 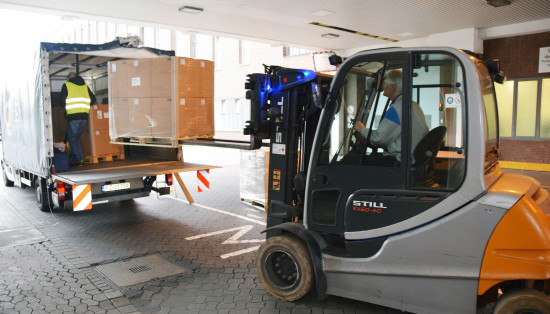 May 31, 2020 | 11:29pm CETpublic
Use of the money by the German foundation, partnership started before the outbreak of the corona pandemic...
read more

Continental looks for dozens of people for plant in Czech Rep

MBtech to expand one development centre in Czech Rep

Samsung looking for suppliers on new type of EV batteries

AutoBinck wants to buy some dealers in Central Europe

Autocentrum Barth agreed to cooperate with another carmaker

Ford to expand product offer in Europe with trucks

New Mercedes-Benz dealership to be built in Czech Rep